The Cheating is Dead

Hey, hey, hey, everyone! It's time to get a closer look at another attempt of TurnItIn to fight cheating that is caused by and indirectly stimulated by the development of various paper writing services.

That's why, if your university uses TurnItIn to check texts for plagiarism, I strongly recommend to ensure the full originality of your paper, otherwise, you'll most probably get caught. 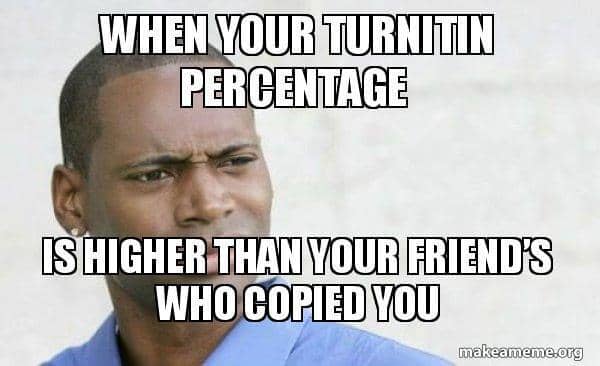 Therefore, it is not surprising that TurnItIn also leads in providing various anti-cheating solutions for colleges and universities. In fact, additionally, to its famous anti-plagiarism software, the company intends to check the originality of submitted texts in a different way.

It is expected that their new software will detect if you're an original author of the text or not. Their solution is called "Authorship Investigation", which is intended to realize this ambitious goal.

So, what does it mean? It means that additionally to plagiarism software, TurnItIn will create an algorithm that proves your authorship of the text. Or not. Personally, I can hardly understand how can you prove the authorship using an electronic algorithm, so, I personally think that TurnItIn's new idea will create more misunderstanding and confusion among users instead of helping them. And here's why.

It's still under development

Basically, we don't know much about this software including its algorithms, its mechanisms, and principles of functioning, etc. that will directly rationalize the authorship detection process.

In other words, we don't know how exactly this thing will work.

But the report already exists!

Despite the fact that this feature remains raw and unexplained clearly, the users of TurnItIn are already given an opportunity to use it and prove the authorship of their texts. And believe it or not, this is one of the silliest reports I've ever seen in my life.

According to the information we have regarding the use of Authorship Report, it contains the so-called "readability scale", document information, punctuation, and vocabulary. Let me make things clear, these parameters will not show the authorship of the text and never prove it. Let's take a closer look, why.

Does it prove something? No.

The majority of "cheaters" that refuse to do their papers by themselves rarely change their ghostwriters. In other words, when they order their papers online, they request that their paper needs to be done by their previous writer. Therefore, the authorship report provided by TurnItIn will be useless for the people using the services of the same ghostwriter on a continuous basis.